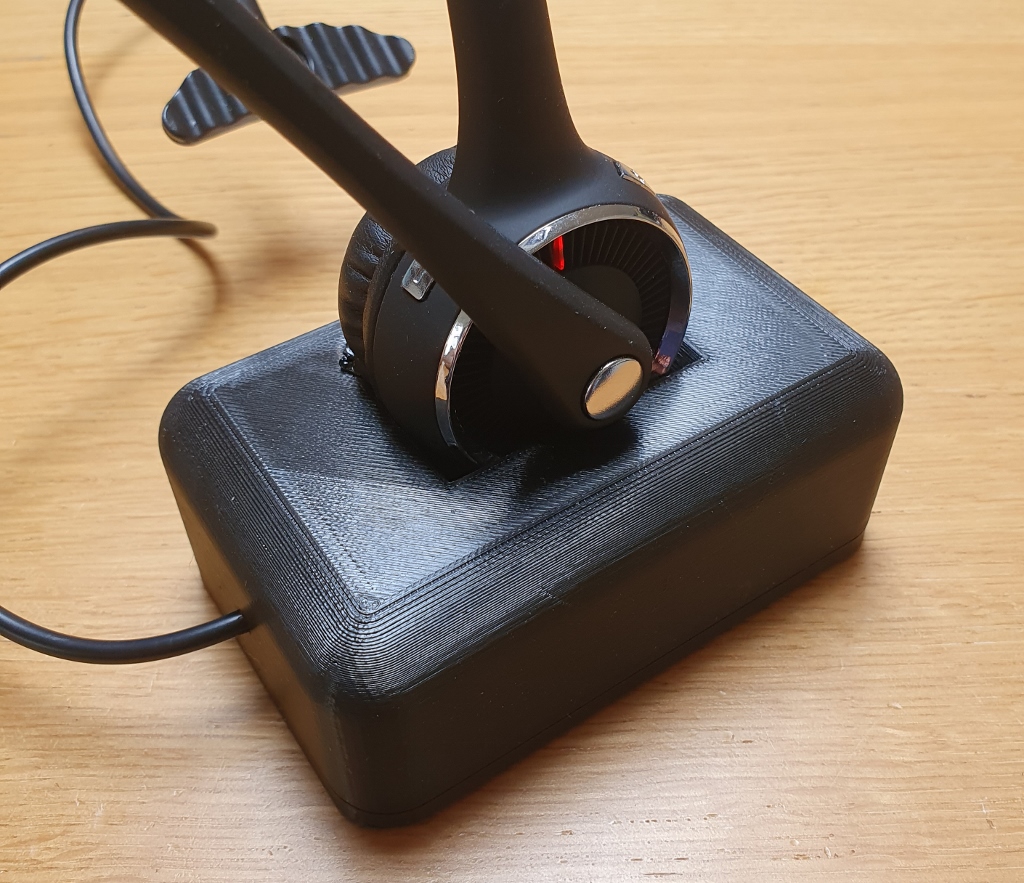 We’re 15 weeks into house-arrest! I’m lucky to have a job that I can (mostly) do from home. A large part of this job involves shouting at people on video conferences and, since I tend to pace around when I get animated, I use a wireless Bluetooth headset for my calls. It beats making banana loaf.

I’ve tried a few types: the “lorry driver” in-ear model, the “call-centre” with boom microphone, all the way up to the full over-ear noise-cancelling jobs. This isn’t a review of headsets, although it’s worth mentioning that the Bose noise cancelling headphones work so well that I feel like I’ve gone deaf and end up shouting even louder. My wife, working from home 3m away from me, doesn’t like that very much.

My preferred model is a “call-centre” type, and this one is churned out by the million somewhere in Shenzhen. They appear on Amazon under a variety of names but all identify themselves as “BH-M9” on Bluetooth. Mine is so cheap it doesn’t even have a name on it. You get what you pay for: the USB charging port on mine lasted about a week, so now it doesn’t charge.

Make do and mend and 3D print

I hate throwing away salvageable electronics. I call it environmental sensitivity. My wife calls it hoarding.

The bottom of the headset has a port that looks suspiciously like it docks into something. Some of the pictures on Amazon show this model sitting in a charging cradle. I doubt they’ve gone to the expense of adding an extra buck converter, so I’m guessing that it takes the same 5VDC as the USB charging port. If I can make a cradle then I can charge my headset. So I did.

I’m still enjoying my trial period on Fusion 360 so I measured the headset, recreated its outline and – in 15 minutes – knocked up a cradle to fit it.

A few hours later and Hephaestus, my trusty 3D printer, has recreated it in Polylactic Acid. It’s a hollow shell with a big hole underneath to fill with wires and soldering. I’ll chop the end off a USB cable and run it through the hole on the side.

A couple of bent bits of earth core from some T&E cabling make the electrodes, and I “solder” them into place with some PLA filament. A little experimentation with the headset shows which electrode is +5VDC and which is GND.

Apple popularised (but didn’t invent) the magnetic charging connector as a safe-to-trip-over way of charging its Macbooks. Today magnetic charging bases are common on smart-watches. I reckon that’s how this headset stays in its base.

I test the bottom of the headset with a magnet and, sure enough, there is a magnet either side of the charging port. I drill holes for a pair of magnets in the charging base, glue them in place and…

Voilà. One magnetic charging base, and one headset I don’t have to throw away.

Now, has anyone got a good banana loaf recipe?